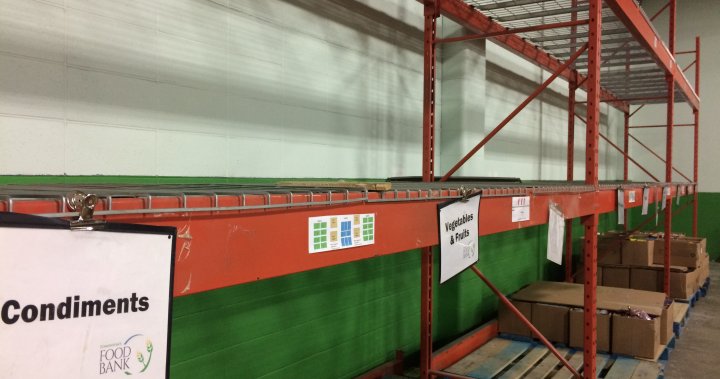 The need for the Edmonton Food Bank remains high, but spring is a difficult time for the organization when it comes to donations.

“We are in the meantime,” said spokeswoman Samantha Potkins. “Between the Christmas campaign and the Heritage Festival food campaign, which is a big one for us – the time in between when only the donations are generally lower than at other times of the year. The challenge here is hunger 365 days a year. “

“People fight all along the line, we know that,” said Potkins. “Generally speaking, these are difficult times in Alberta.

“Part of the challenge is raising public awareness, engaging the public… remembering us. Every little bit helps. “

Food banks across Alberta have been trying to help more customers than usual in the past few years. The increased demand for the Edmonton chapter has not subsided this year, Potkins said.

“So far, the demand is still the same – in addition to the 250 agencies, churches, schools and food depots, we serve around 20,000 people a month through our basket program. We have not yet noticed a decline, we will keep our fingers crossed for the rest of the year. “

There are certain times of the year when donations come in more evenly, especially around Christmas when charity is a real focus, Potkins said.

But groceries leave the warehouse just as quickly now as at other times of the year, regardless of how many donations are received.

“Christmas has come and gone so far that we have gone over the generous donations made to us at this time of year,” she said. “Spring is a time here when we really encourage the public to think of us again and help us fill those shelves.

“When we move food out of our warehouse very quickly, the need is huge,” said Potkins. “It’s really important that the food comes to help us keep our balance.”