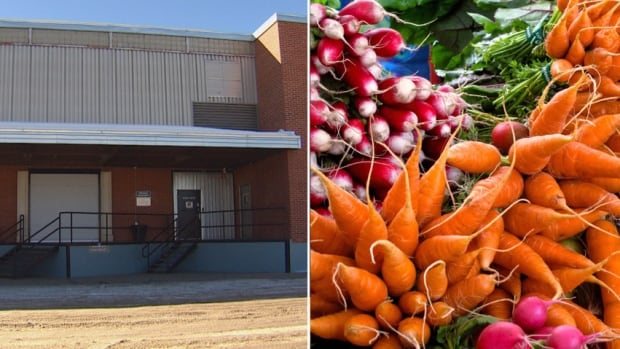 Edmonton is investing $ 600,000 to transform the outdated warehouse into a brand new meals middle

Plans to convert a 70-year-old warehouse in downtown Edmonton into a new center for nurturing the Edmonton food scene are funded by City Hall.

The project, called The Public, would transform the Capital Place Art Building at 10560 107th St. into an incubator and manufacturing facility for food companies with a public marketplace, retail and event spaces, and 13 communal kitchens.

The city council’s executive committee approved $ 600,000 for the project on Monday.

The council had previously approved the funds during last year’s budget deliberations pending a detailed business plan from proponents of the project, Wild Heart Collective and Makespace Edmonton.

“Whatever they produce – be it the kind of thing you’ll find in the farmers’ markets or ultimately see in supermarkets, hopefully outside the Edmonton market – I’m just excited to see what our culinary creatives can bring,” said Mayor Don Iveson.

Count. Ben Henderson compared the project to the Edmonton startup at Mercer Warehouse, where entrepreneurs get the space and the resources they need to work and collaborate with industry.

It’s a really big building and there will be a lot to love.-Kirsta Franke

The 15,000-square-foot facility in the Central McDougall neighborhood will help nurture and grow local business in new ways, said Kirsta Franke, lead partner on the project.

“We want to cultivate food entrepreneurs,” said Franke on Monday in an interview with Edmonton AM from CBC Radio.

“There’s really nothing like it in Alberta right now. A manufacturing center is pretty unique. We need that to strengthen our food industry.

“It’s a really big building and there will be a lot to love.” After two years of project work, Kirsta Franke wants to start construction. (Kirsta Franke / Facebook)

The kitchen and production area should be available around the clock. Space would be offered through a range of flexible leases or short-term leases. For entrepreneurs, mentoring and training in manufacturing and business practices would be offered.

The building would include dry and cold storage, 10,000 square feet of manufacturing space, a test kitchen, tasting room, and specialty retail space including a coffee shop and general store.

There are also plans for a shipping container greenhouse for year-round growing of produce and a roof garden with an apiary.

The $ 3 million project would be sustainable at 70 percent utilization, and with 15 companies eager to rent, the project is already close to meeting that benchmark.

Franke, who has been running the 124th Street Farmer’s Market since 2012, has been working on the incubator idea for more than two years.

Managing the 300 vendors in the market has shown her how small businesses struggle to grow.

“We’re bringing together some really necessary concepts and creating a public space where people can access these products,” said Franke, one of the founders of the Wild Heart Collective.

“We believe we need to create a strong manufacturing center for the production and manufacture of these products and create a space in which all of these activities can take place.”

There have been many companies that we have unfortunately seen slip through the cracks.-Kirsta Franke

In Edmonton, commercial kitchen space is hard to come by and extremely expensive to build, Franke said.

The lack of access has resulted in small businesses struggling to expand beyond the farmers’ market town, Franke said.

She believes The Public could fundamentally change that.

“It has been brewed at every farmers market in town for years,” she said. “As farmers’ markets evolve, we believe that our food system and the support network in which we support these businesses has not evolved.

“There have been many companies where we have unfortunately seen that they slip through the cracks and fail or are not properly supported in their development.”

The creators of the project signed a 10-year lease for the building, received a $ 231,000 grant, and secured private funding, Franke said.

The first phase of construction begins with five large kitchens, with retail space and a multi-day public market to be added in the coming years. Franke said they hope to have a grand opening in October.

“We’ll try to expand when the companies are successful.”

An Edmonton trainer was killed by a flying semi-trailer wheel