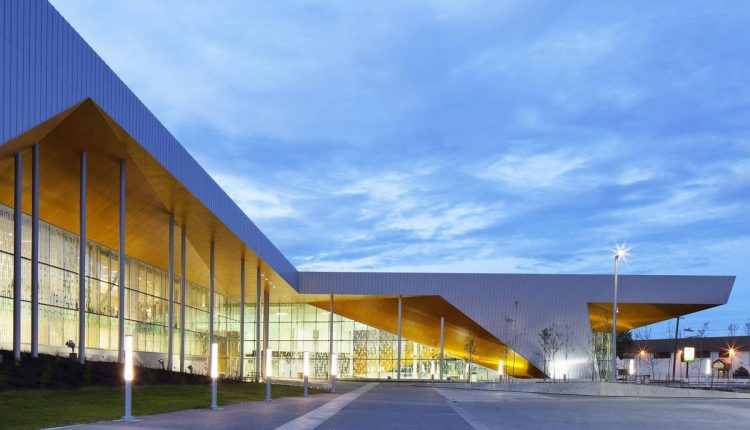 All around me is a symphony of movement. A black steel runway winds through the air above my head. Teenagers shoot through a glass wall on the left on a purple basketball court. On the right, a sculptural piece of drywall points upwards to a gym in which three women are sweating on exercise bikes.

This building – a huge multi-purpose community center and library – is a huge crystal full of moments like this juxtaposing views, shapes and experiences. It is an architect’s dream energetically brought to life. It belongs in a design-savvy northern European city.

But it is not.

It’s in northeast Edmonton, on a suburban street across from a Mr. Lube.

It’s a great accomplishment, and according to Edmonton’s urban architect Carol Bélanger, who showed me around this fall morning, the explanation is simple: “When you hire architects,” he says, “you get what you pay for.”

Edmonton is sending a message: Civil architecture matters – and it is willing to pay for the best.

Since Bélanger started his current job in 2010, Edmonton has built a range of buildings, from tiny park pavilions to a garbage dump to this huge leisure center, that are as ambitious as anything in Canada (Clareview won a City of Edmonton Urban Design Award on Friday Night). In the north-eastern quadrant of the city in particular, we come across a branch library designed by the Danish architect Schmidt Hammer Lassen, who also designed Halifax’s new showpiece Central Library; a sleek recycling depot in Dialog’s Edmonton office; and Toronto’s MJMA’s spectacular Commonwealth Community Rec Center. They are all unusual in their design details, skillfully built, and beautiful. 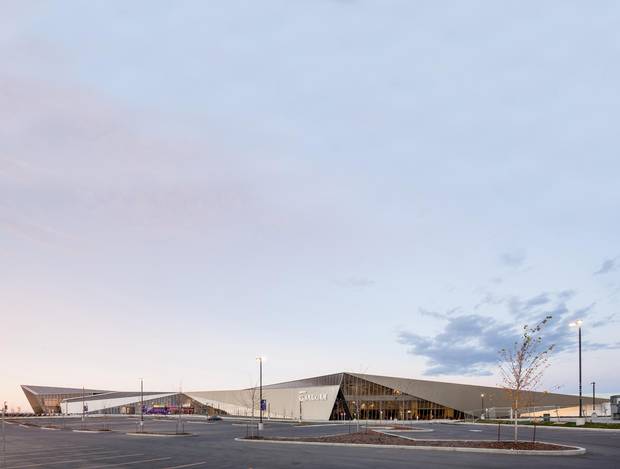 The Clareview Community Recreation Center, designed by Toronto-based Teeple Architects and Edmontons Architecture Tkalcic Bengert, is the most ambitious and thoughtful building in the neighborhood.

All were built to standard budgets. “But I know more creative architects,” says Bélanger, “who know how to spend the money.”

Bélanger, a trained architect, ensures that you have the space for it. As a former “military brat” he uses his Québécois accent and his slightly maritime style to mask a steely idealism. Its job is to oversee the employment of design professionals in the city and then ensure the quality of public buildings. A task that he takes to heart. “I ask what will be our stamp on the city?” asks Belanger. “What will our era leave behind – slag bunkers?”

Not so long ago, the city built just that. Then came a new agenda. In 2005, then Mayor Stephen Mandel signaled that Edmonton was determined to build well: “Our tolerance for crap,” he said, “is now zero.” The architectural highlights of the city are mostly in the 1970s; However, Mandel understood, as other astute bourgeois leaders always have, that design has the power to make a place more distinctive and attractive. This agenda continues under Mayor Don Iveson. 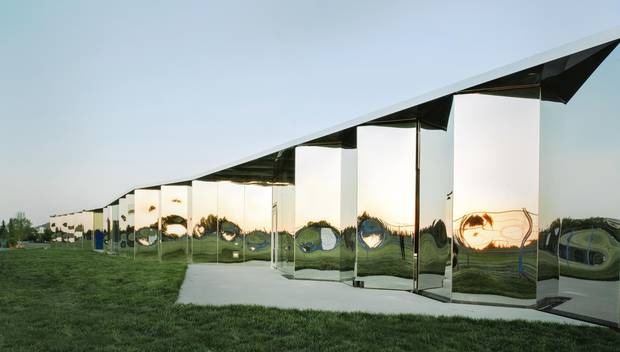 Incorporating such humble features as washrooms and a meeting room, Castle Downs Park is a sculptural object of great, improbable beauty.

In 2011, a public design competition for park pavilions set the tone, opened up companies from abroad and emphasized quality. The small, brilliant Toronto office GH3 won two of them. The finished buildings are extraordinarily good. One in Borden Park – another city award winner – is a tightly designed drum made of wood and glass, while the other in Castle Downs Park to the northeast is wrapped in a shiny skin of stainless steel. With such humble functions as laundry and meeting rooms, it is a sculptural object of great, unusual beauty. “These small buildings reflect the city’s interest in high-quality design,” says GH3 partner Pat Hanson, who credits Bélanger for supporting the concept of her company with design and construction trials.

But this attitude continues when the city hires architects for everyday needs. Bélanger routinely reaches out across the country and beyond to invite architects to apply for work; Once they qualify, the city’s bid process does not necessarily select the lowest bidder. The fees are based on the guidelines of the Alberta Association of Architects. In order to win, architects cannot ask too much; nor can they low-ball. “You can’t buy the job,” says Bélanger. “We pay a full fee and we expect a full, great result.”

Vancouver architect Darryl Condon, whose office HCMA designed the Jasper Place Branch Library in Edmonton together with local Dub Architects, attributes to Bélanger the atypical creative freedom to pursue the unusual design of this library. It has a wave-shaped concrete roof that hangs over the entire area of ​​the building without any support. “With the support we have received, we have been able to go further than usual,” he says, “to drive further innovations.” 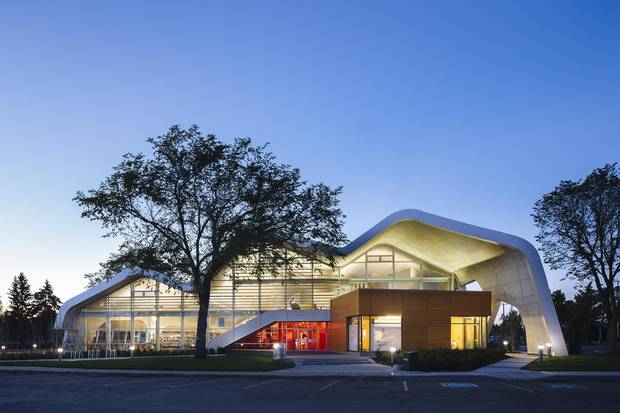 The Jasper Place branch library has an undulating concrete roof that hangs over the entire surface of the building without support.

This solves one of the great problems of contemporary public building: the struggle within the architectural profession between business and art. In fact, architecture is both. It is a professional service, like the law. But unlike lawyers, architects do not bill by the hour; They offer for most jobs with a flat fee. This leaves a financial incentive to quit the job half-baked, not to go in other directions to haggle for extras and manage overhead rather than seek creative solutions.

“Architects are their own worst enemies,” says GH3’s Hanson. “We haven’t had the solidarity to make sure the fees are what we need to do the job well. … It really has a profound impact on architectural quality across Canada. “

This is especially true today as the architecture business is consolidating. Corporations like the listed Stantec can build good buildings – if they do so with an acceptable profit margin. But these are tight deals: when it comes to fees, they’ll bid low and then get the job done ASAP. That is economically rational behavior. And it kills creativity like stones. Edmonton and Bélanger found a way to explain beauty, and it pays off in subtle ways. Stephen Teeple, the iconoclastic architect from Toronto whose office led Clareview’s design, says the building’s design evolved thanks to Bélanger’s quiet and knowledgeable advocacy. “There is a moment in the design process,” he says, “when someone says the right thing and a project goes in a direction of value to the world. Sometimes just a little smile can lead things to the best result and the best quality. “

The strange shape of Clareview is not just the product of the whim of the architects. The new part of the building winds around an existing arena and soccer field; it draws its complexity from the existing location and sends out a new pedestrian path leading to a tram stop. What is apparently bizarre is also very logical from a distance.

And this artistic achievement came about because Teeple and Architecture Tkalcic Bengert rearranged the existing urban design for the city, which had envisaged a simpler, more blocky arrangement for the center. In other cities that would have been tedious. Not here. “Carol looked at us,” Teeple remembers at a meeting, “and he shrugged and said, ‘Sure, if the area is the same, we can move it.'”

In this way, a block is rearranged and a city is changed for the better.