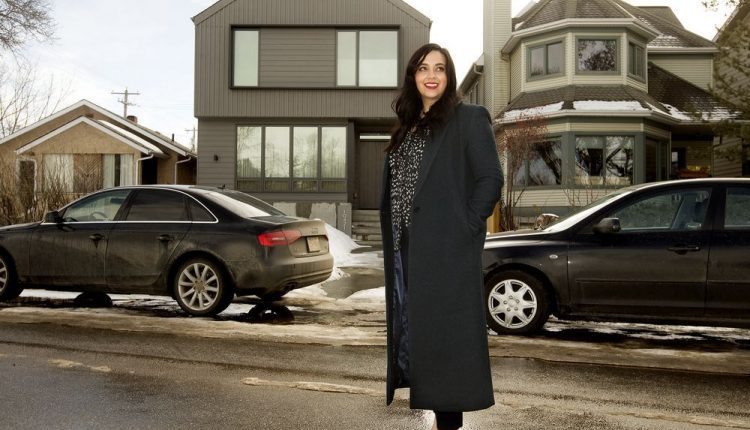 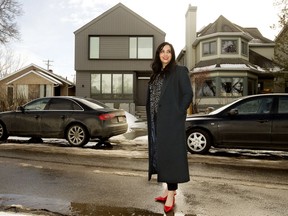 Infill developments have traditionally priced out many Edmonton homebuyers, but local experts say a changing market could bring more people to mature areas.

Plenty of modern “skinny homes” and new builds have gone up in neighborhoods like Westmount and McKernan, but they can be priced well north of $500,000, and often into seven figures.

Chelsey Jersak is the founder and principal of Edmonton urban planning company Situate, which specializes in advising on infill projects. She said five to 10 years ago, infill was almost strictly about skinny homes, or subdividing lots to accommodate more than one detached house.

“We’re seeing more interest in attached housing. The calls that we get now are ‘How do I rezone to be able to do row housing?’” she said.

“I think it’s a move in the right direction, because that creates housing at, I would say, a more approachable price point. For us to continue to encourage infill, we also have to address the fact that it’s not very friendly for a first-time homebuyer.”

Many of Edmonton’s mature neighborhoods are lined with bungalows, built after the Second World War and into the 1950s and 1960s. The actual footprint of the home is often small, but they sit on large lots, leaving room for big yards in the front and back.

In the view from the 21st century, with new small businesses being established and Edmonton LRT access expanding, it’s prime space for more than just a single-family home. Edmonton’s new City Plan calls for 50 per cent of new housing stock to be added through infill, a big step up from the 25 per cent it currently covers.

Mariah Samji, the executive director of Infill Development in Edmonton Association (IDEA), said cities like Edmonton have had plenty of practice expanding and developing suburbs, but there are still kinks in the system when it comes to infill development.

“We have all these mature neighborhoods where the population has decreased by half. And you have these huge lots where the people who want to access those neighborhoods, it no longer fits their lifestyle,” she said, noting it’s much more common now for both partners in a couple to work, and they often don’t have time to maintain their property the same way their parents might have.

“We need the rules to catch up to what people are wanting.”

It’s not a surprise that infill has typically come with extra costs. Redeveloping a lot with an existing house means adding up demolition costs plus permit fees and waiting times before construction even starts.

“We actually have quite a few people wanting a brand new house, basement suite and garden suite. And so they have two rental properties and then their mortgage is pretty much paid for,” he said.

Demand for infill housing has increased over the last decade, according to Samji. But anyone thinking about redeveloping underused space in established neighborhoods needs to know there can be hiccups along the way.

Edmontonians have complained to the city about damage to their properties and disruption to their neighborhood caused by infill development, and lot-splitting and infill projects have been contentious issues in some areas.

IDEA runs an education program for infill builders to make sure they know best practices during construction, and Samji said that’s help cut down complaints.

Tolsma said unlike residents of a new neighborhood, it’s obvious that people in decades-old communities are just not expecting demolition noise and dump trucks on their street. They also need to reassurance that some of the real risks that come with redevelopment next door will be addressed.

“So you have to be very diligent to understand the fact that you are interrupting their lives, and you need to knock on the door before you start building,” he said.

Jersak also stressed that communication is a critical part of infill projects.

“Communities, neighbors will talk among themselves. So the more information you can give them, the better.”

Sign up to receive daily headline news from Regina Leader-Post, a division of Postmedia Network Inc.

The next issue of Regina Leader Post Headline News will be in your inbox soon.