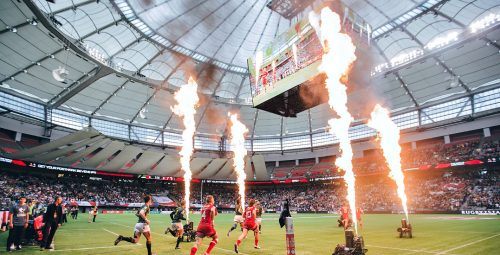 Rugby Canada says it is working on final approval to host the tournament at Commonwealth Place in September.

The organizers are working with local government, stakeholders and partners to get final approval of the COVID-19 health and safety measures.

The Canada Sevens tournament would take place on September 25th and 26th, just a week after a weekend of action in Vancouver, BC. If allowed, the two tournaments would represent the first Seven Series events on Canadian soil since March 2020.

Alberta is currently in phase 3 of its open-for-summer plan and organizers say a planned stadium construction would accommodate a little over 31,000 fans per day at the Commonwealth Stadium.

Janelle Janis, Event Director at Explore Edmonton, added that the tournament is a remarkable opportunity to prove Edmonton as a premier destination for sporting events.

The tournament, which premiered in Vancouver in 2016, is one of the city’s most popular annual sporting events and typically draws up to 70,000 participants.

Ticket sales for Edmonton are expected to begin July 22nd, more information and prices will be released next week.