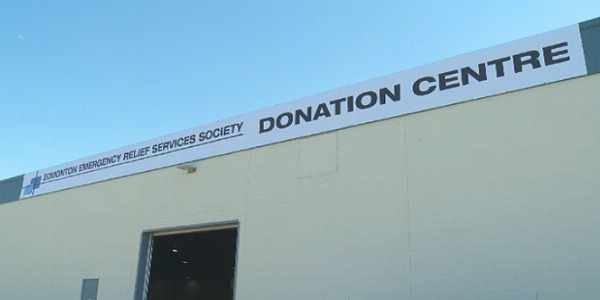 EDMONTON –
The lease of an Edmonton-based charity that has served the Albertans for 34 years was terminated after the province decided to stop grant funding.

The Edmonton Emergency Relief Services Society (EERSS) said it relied on provincial funding to help maintain its warehouse and subsidized rent payments for its location at 10255 104 St.

“Our biggest supporter was the Alberta government,” the organization said in a statement. “Without this support, ERRSS would never have been able to continue to support the Albertans.

“Alberta Infrastructure has decided to stop servicing and maintaining the building.”

The non-profit organization said it had been holding talks with the province for three years and through two changes of government in order to agree on a solution to the construction problem. Prior to the last provincial elections, EERSS said it had been given “pledges” of continued support and a plan to purchase the building with the assistance of a local developer.

“The Alberta government stopped moving when the elections were called and we were back in first place,” said EERSS.

The organization’s lease was terminated on August 23. The building is expected to be vacated by September 30th.

“Since EERSS currently has no funding or support to buy or rent a new space, we are forced to close our doors indefinitely.”

EERSS responds to emergencies to provide Albertans with essentials such as clothing, blankets and toiletries. Founded in 1986, the organization has helped Albertans through disasters including the 1987 Black Friday tornado, the Fort McMurray and Slave Lake fires, and the 2018 floods in southern Alberta.

Hadyn Place, spokesman for the infrastructure minister, said in a statement to CTV News Edmonton that taxpayers have been supporting EERSS since 1988 with a free lease in a state surplus warehouse.

“Six years ago, the company’s lease was changed to a monthly agreement, with the understanding that major problems with the building could result in the company having to find new accommodations,” said Place.

According to Place, maintaining the current warehouse that EERSS uses would require more than $ 90,000 annually from taxpayers to operate and around $ 2 million for maintenance.

“In the last few years it became clear that this building was no longer available,” he added. “The government manages the provincial buildings and facilities in a cost-effective manner to ensure the best possible use of taxpayers’ money.”

EERSS is soliciting a donation from Albertans to help the organization convert and move from their current warehouse. Donations can be made through GoFundMe or Canada Helps.

“We would like to thank all of our supporters and the generosity of the Albertans over the past 34 years,” said EERSS. “You have made a huge difference in the lives of those affected by disasters and provided essentials for those affected by poverty, new immigrants and refugees in Alberta.”