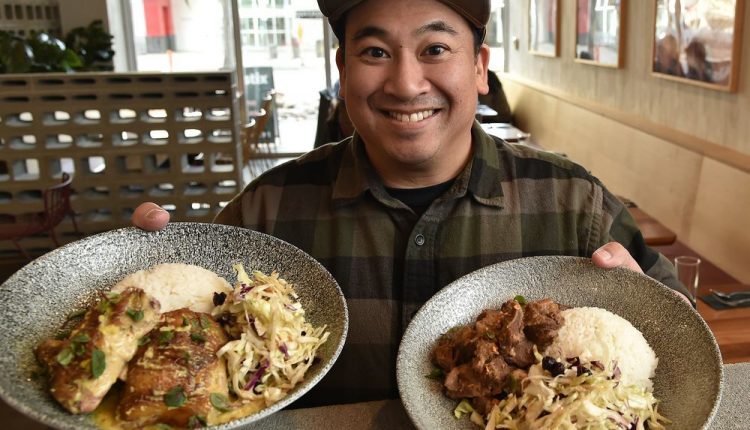 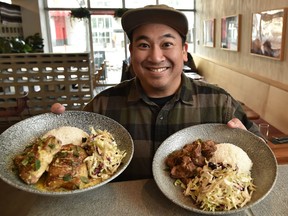 When Zaldy Patron came up with the idea for Filipino Restaurant Month in 2018, it was intended to only be a regional thing.

“That’s because my jurisdiction only covers the provinces of Alberta and Saskatchewan,” says the Calgary-based consul general for the Philippines about the April initiative highlighting Filipino cuisine. “Everything stopped with the pandemic, but then I had the opportunity to propose this as a joint project among the Philippine Embassy in Ottawa, as well as the Philippine consulate generals in Calgary, Toronto and Vancouver, and our department of tourism. We then agreed to do this all together.”

Filipino cuisine is often overlooked compared to other countries in the area, and Filipino Restaurant Month was invented to rectify that. The consulate sent word to as many Canadian restaurants as they could, and in the first year they signed up 40, with five Edmonton eateries agreeing to provide prix fixed menus until the end of the month. The initial participants are Bro’Kin Yolk, Max’s Restaurant, Cebuchon & BBQ, Manila Grill Express and Filistix.

“Filistix’s mission from the start was basically to introduce and educate the dining public on Filipino cuisine, ingredients and flavors, so it makes sense to be part of this,” notes Ariel del Rosario, who co-owns Filistix with Roel Canafranca. “We’re like a stepping stone into Filipino culture. We just want to be part of that conversation on cuisine, and we’re not there yet with what I call the Big Five: Chinese, Japanese, Korean, Thai and Vietnamese food. Those are pretty much what you think of when anyone brings up Asian food.”

So, what exactly is Filipino food, and what makes it different from other Asian cuisines?

Del Rosario calls it a “fusion cuisine” that represents the many changes the island republic has gone through over the centuries. American colonization and Spanish rule had an effect, as well as the large numbers of Muslims who originated from Indonesia and Malaysia.

“We have influences from so many different cultures, and we also have so many different regions,” del Rosario points out. “A lot of our dishes are stews, and a lot of those are influenced by Spanish cuisine. The northern part of the Philippines, like where Manila is, has a heavy Spanish influence. Because of our proximity to China we’ve picked up a lot from them as well. Southeast Asian cuisine brought us curries and herbs like lemongrass and basil.”

Patron notes that as a country made up of 7,107 islands it’s almost impossible to point to a standardized style of cooking. With around 200 different ethnolinguistic groups scattered around the country, you can be sure there are many thousands of different dishes to be found. That’s just as much the point of Filipino Restaurant Month, to educate Canadians on the varying types of dishes found in the Philippines.

For instance, there’s chicken inasal, which is marinated in lemongrass, calamansi, salt, pepper and garlic, and then brushed with achuete oil. Bulalo, or beef shank soup, is a perfect cold-weather dish Filipinos enjoy sipping even in their tropical home country. Noodle lovers will surely enjoy pancit palabok, a rice noodle dish covered with a sauce made from shrimp broth, pork, hard-boiled eggs, shrimp and pork rinds.

In the case of Filistix and a few fellow travellers, there’s also a desire to show how the cuisine has changed among second-generation Filipinos in Canada. Patron mentions visiting the restaurant and trying sinigang, a popular broth in the Philippines that normally involves beef, fish and other ingredients, except Filistix has created a version that includes scallops.

“So Ariel did not grow up in the Philippines,” Patron says. “He learned how to cook Filipino dishes from his mom and grandma, but he’s Canadian and he has his own taste. This shows how Filipino cooking adapts to different countries like Canada.”

To sweeten the palayok (a Filipino pot), diners at participating eateries will also have the opportunity to win local and national prizes.

“It’s all about bridging the gap,” says del Rosario. “Connecting with other communities, not just the Filipino. Why would you want to preach to the choir?”

Edmonton might be one eatery down on 109 Street, but we’re also one combination cocktail bar and dim-sum restaurant up.

Back in January, Prairie Fish ‘n’ Chips closed its doors just north of the High Level Bridge citing a number of factors beyond the usual pandemic woes. The space didn’t stay vacated for very long, however, as last week Fu’s Repair Shop, a car repair shop-themed cocktail bar threw its doors open. Among the alcoholic delights on offer are the Spicy Mandarin Sour, Lychee and Sake Martini, Whiskey Yuzu Passion, and the apparently quite piquant Enter the Dragon, which features pepper-infused vodka.

Dim sum and dumplings are also on the menu, as well as weekend DJ sets. Check them out on Instagram.

Flame & Barrel opens on the south side

Windermere Crossing in southwest Edmonton has also gained a new spot to eat in.

Last month saw the opening of Flame & Barrel, an eatery that offers a little bit of everything, from standard pizza and burgers to steak and lobster, butter chicken and New Zealand lamb. The bar side has all of the usual cocktail, whiskey and wine suspects, though the Flame & Barrel Caipirinha made of white cachaca and fresh pomegranate looks to be a tasty summer treat.