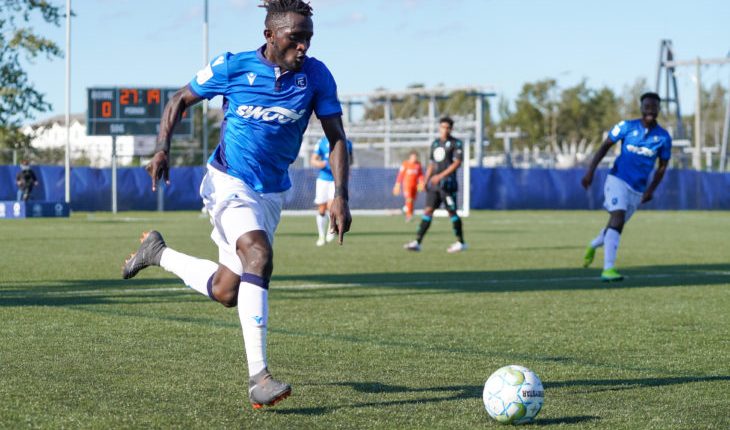 EDMONTON, AB – FC Edmonton and Food First are proud to announce a brand new limited edition series titled Eat Like An Eddie, which will air on Global Edmonton, Channel 610 on Telus, Channel 211 on Shaw and Channel 47 on Basic Cable.

Eat like an Eddie will be moderated by Emily Mardell, Edmonton FC’s performance dietitian and owner of Food First Nutrition Consulting. The show also features selected Edmonton FC players from both this season and last season’s teams who will serve as prominent co-hosts. On the show, Mardell works with the players to introduce various healthy and delicious recipes developed by Mardell and the players based on the personal tastes and nutritional preferences of the players, and to show what and how they are eating to To achieve top performance as a professional footballer.

Mardell and the players discuss the ingredients for the recipes and then show step by step how the dishes are prepared so that fans can easily cook them at home. Eat like an Eddie is presented by the Italian Center, the official partner of FC Edmonton.

“We can’t wait for Eddie’s fans to finally see this cool show!” Said Eric Newendorp, President and General Manager of Edmonton FC. “It’s been a while in the works and we are so grateful to our partners at the Italian Center, Emily, the people at M31, Global Edmonton and our other show partners for helping with this. As an association, we believe it is important to promote a healthy lifestyle where and how we can, and this is really an ideal and fun way to do that. “

The show was conceived and developed last summer by Edmonton FC Head of Partnerships, Mardell and Josh Alexander, and produced in partnership with M31 Productions, an Edmonton-based AMPIA award-winning video production company specializing in live sports broadcasts and a division from the Fath group of companies.

“Proper nutrition is key for athletes of all levels,” says Emily Mardell. “For professional footballers, high-energy, high-quality meals and snacks are essential for top performance and relaxation. When recipes tick these boxes, plus they’re colorful, tasty, and easy to prepare – that’s “eat like an Eddie”!

“Emily always shares creative and nutritious recipes with us, so I was really excited to be able to make some of these recipes with her in the kitchen,” said Connor James, Edmonton FC goalkeeper. “Given the limited entertainment options during the pandemic, I turned to cooking for daily indulgence. Dinner time has changed from when I get my body energized to when I can do something creative and enjoyable. At a time like this, healthy cooking can have a really positive effect on the body and mind.

In support of the show broadcast on Global Edmonton, FC Edmonton is promoting the series on its Instagram page. The club will donate a meal to the Edmonton Food Bank for every fan who follows Edmonton FC and Food First on Instagram. Additionally, fans who tag two local “foodies” in their posts will be asked for a $ 100 gift card from the Italian Center each time the show airs (see details below).

FC Edmonton & Food First are pleased to announce a brand new limited edition series titled Eat like an Eddie, which will be unveiled at Global Edmonton. The show is hosted by Emily Mardell, team dieter and feature player who will co-host. Eating like an Eddie is featured by @ItalianCentre pic.twitter.com/2TBsBdjV4G

Where: Global Edmonton Channel 610 on Telus, Channel 211 on Shaw, and Channel 47 on Base Cable. Why: To help fans overcome pandemic food stress with mindful and easy-to-prepare meals, and around
promote healthy living

The housing business celebrates the leaders of the Edmonton space