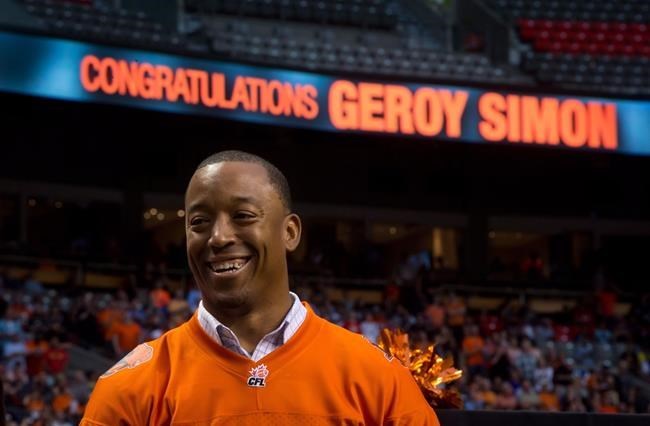 The Edmonton Elks have added Geroy Simon, one of the all-time Canadian Football League receivers, to the club’s front office team.

Jones was hired on December 21, almost a month after Edmonton ended the contracts of CEO Chris Presson, GM Brock Sunderland and head coach Jaime Elizondo after a 3-11 season.

Simon, who retired as long-time leader of the CFL in 2013 after a 15-year career with the BC Lions, Winnipeg Blue Bombers and Saskatchewan Roughriders, has spent the past six seasons as Director of Global Scouting for the Lions.

In 2017 he was inducted into the Canadian Football Hall of Fame.

This report from The Canadian Press was published first December 28, 2021.