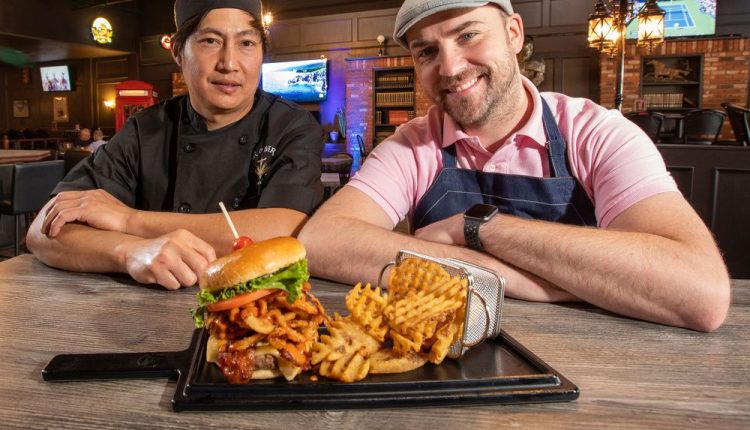 You’re never going to get consensus on what is the “best hamburger” in any city, but Le Burger Week is aiming to try.

The festival and competition, which started in Montreal in 2012 before going national in 2017, is billed as Canada’s largest burger festival. The aim? To celebrate the popular hot sandwich in all of its glorious variations. They’ll be doing so by offering burger fans the opportunity to vote in different categories on their website, including Most Popular Burger and the newly added Best Plant-Based Burger.

Other categories in the festival, which kicked off at the beginning of the month and runs until Sept. 14, include The Judge’s Choice, which brings together a panel of burger aficionado judges in each city. The Sysco Choice is given to the “most outlandish burger in each city,” and is determined by the food distribution service that co-sponsors the festival along with DoorDash. Montreal-based chef and restaurateur Kimberly Lallouz, this year’s official ambassador for the festival, gets to pluck out her own favorite with Kim’s Choice.

If you’ve never heard of any of this, don’t fret. First-time contestant Desmond Derouin of Cork & Barley only found out fairly recently when his rep from Sysco tipped him off to it. For their initial entry in the competition, the Clareview restaurant is offering the Brigade Burger, which Derouin describes as their most popular burger.

“All of our burgers are six and a half ounces, all beef with no bread crumb or soy filler,” he says. “It’s all ground chuck and prime rib. Then we have the sliced ​​gouda and smoked Applewood bacon. You can’t go wrong with that, and you’re not going to be hungry after eating it. We’re a European-inspired pub so we named it the Brigade Burger because ‘brigade’ is what they call the fire department in the UK”

A tasty sounding dish indeed, but in addition to the national categories, The Brigade Burger is going up against over 400 restaurants Canada-wide and six other local entries this year. It’ll be stiff competition in Edmonton as The Common is angling for a plant-based award with the Pinto Gallo Burger, which is made up of a black bean and rice patty, plantain chip, cheese, fried egg, pineapple, and linzano sauce . Pink Gorilla is confounding expectations with their Frankenstein-ish pizza-burger, or maybe it’s a burger-pizza, called the Royale with Cheese. It features ground chuck, bacon, and cheese sauce, topped with fresh cheddar, fresh tomato, ketchup, mustard, mayo and a pickle.

Wayback Burgers on Jasper Ave. is also going plant-based with the Impossible Rodeo Burger, a cheddar-cheese topped delight with crispy onion rings and barbecue sauce, while their neighbors at Jack’s Burger Shack are countering with the Smashed Impossible, a plant-based burger with lettuce, tomato, and onion, plus vegan jack sauce. Getting back to pizza burgers, 1st round has created one that takes their house beef patty and tops it with pepperoni, mozzarella, marinara, green peppers, sautéed mushrooms and tomatoes, all served on an upside-down cheese bun.

Finally, Speeders Edmonton is repping the West End with their Spicy Cowboy, a five-ounce beef patty smothered in cheddar cheese, bacon, crispy onions and fried jalapenos. They’re playing both sides of the field on this one, offering the swap in an Impossible Patty or made gluten-free for those who ask. You have your mission, burger army, now get to tasting.

17 of one of the best issues to do that week in Edmonton: September 5 to 11