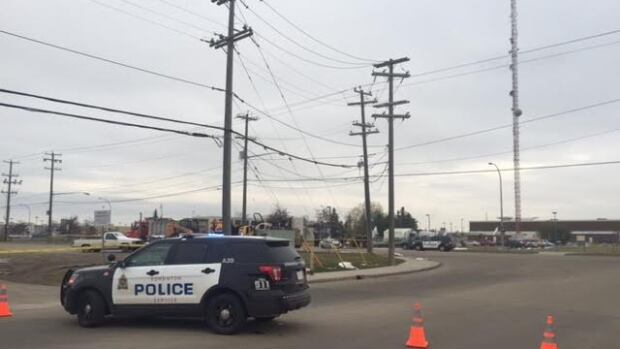 A man driving a stolen semi-trailer crashed into a vehicle in West Edmonton on Tuesday before entering the CTV parking lot, where he struck and disconnected a suspension cable for a communications tower.

The tower is in danger of collapsing.

The police have evacuated buildings in the area.

The road is expected to remain closed for several hours.

The driver of the stolen truck then stole a car, a blue 1995 Pontiac Grand Am, and fled the area.

A woman driving the vehicle hit by the semi-trailer was taken to hospital as a precaution.

Because the identify suggests, Parkview, Edmonton affords limitless entry to public inexperienced areas and the river