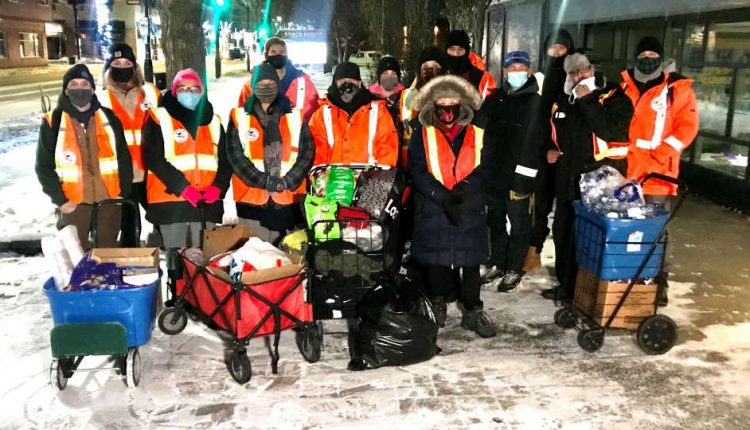 The Edmonton City Center said the event is currently being investigated.

A community-based group is now showing its displeasure after efforts to support the city’s most vulnerable people were suspended.

The Bear Clan Patrol Edmonton Beaver Hills House has been distributing food and water in front of City Center Mall for more than a year. The group buys coffee from a store in the mall.

Judith Gale is with the Bear Clan and says the group was waiting in the side entrance of the mall on December 31st, she said many guards walked by without a word. However, one guard said, “We were not allowed to serve our brothers and sisters in City Center Mall with food or water.”

Here’s what Gale had to say on the matter:

Gale was banned for a year, but the security company involved has committed to take part in a volunteer shift with Bear Clan Patrol.

Their ban has been lifted and will be back at the mall on Wednesday morning to hand out coffee to the less fortunate.

You can find more details on her Facebook page.