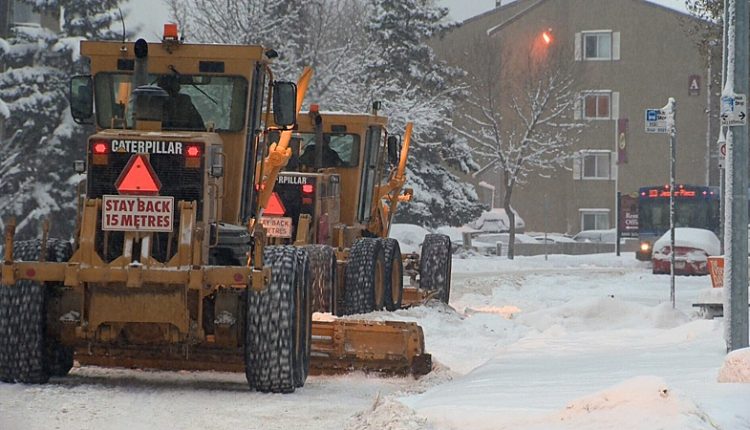 Crews prepared for the snow in Edmonton

While the autumn in Edmonton has been relatively mild so far, the city is preparing for an eventual snowfall to cover the city.

But, he said, there is a hierarchy of priorities when a snow event occurs:

“The crews are on a rotating shift to make sure we have available staff for whatever situation we find ourselves in,” he added.

The city said active trail teams will be responsible for clearing the bike lanes and infrastructure adjacent to the city facilities within 24 hours, followed by any other active infrastructure maintained by the city.

Manually vacated amenities will be deleted within five days.

According to Grant, there will be an average of two to three no-parking bans per season in the city, with the threshold being around four inches.

No vehicles will be exhibited or towed this year. Instead, Grant said the city will take an educational approach to streamline the operation and collaboration of residents.

“It will take time for our citizens to fully understand and understand how the no-parking works,” Grant said.

“I really encourage citizens to have these talks now, before the snow falls, to find alternative parking spaces across the city.”

By enforcing no-parking bans, Grant said rescuers will be able to maintain and maintain residential areas more efficiently, and ensure swaths are maintained to avoid obstruction of view for motorists.

“Our trucks are big, these residential areas are narrow, and if we have cars on both sides, the trucks struggle to get through.”

While this year is more of a test run, Grant said the ban was “here to stay”.

“Things take time to make real change, and we didn’t want to introduce it just to shut down.”

“My prediction is December 13th in case anyone is wondering when we’ll see the first cumulative snowfall.”