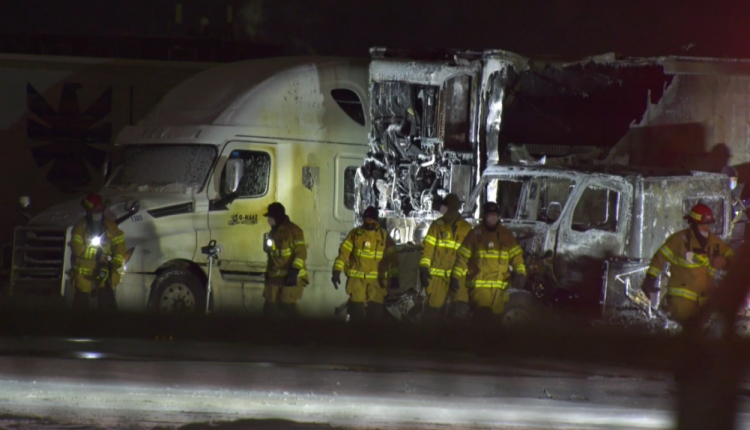 Firefighters doused a blaze that damaged semi-trucks and trailers at a southeast Edmonton industrial yard on New Year’s Day.

Edmonton Fire Rescue Services told CTV News that crews were called minutes after 4:30 pm to a maintenance yard near 68 Avenue and 67 Street to find some machinery and a semi-truck on fire.

After initial firefighters arrived at 4:39 pm, two additional units were called to help.

The fire was brought under control around 40 minutes later.

There is no word on a cause as the investigation into the incident continues.

Several Edmontonians shared video footage showing plumes of black smoke coming from the fire. No injuries were reported to firefighters.

Too Good To Go Expands To Edmonton, Its sixth Canadian Metropolis