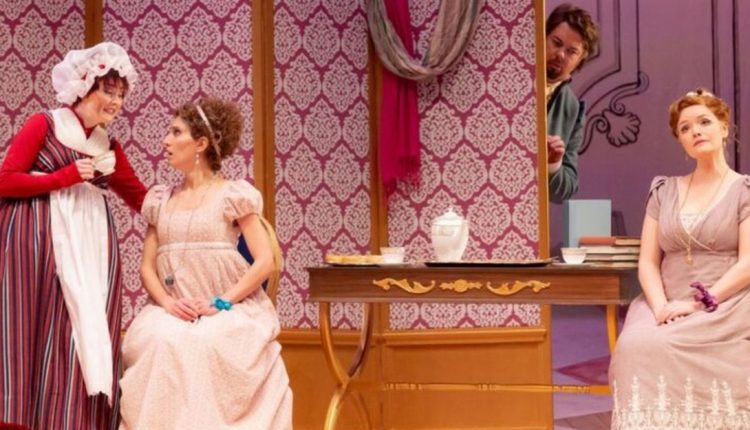 The world-class cast stars Stephanie Tritchew as Dorabella and Jennifer Taverner as Fiordigli along with Asitha Tennekoon as Dorabella’s suitor, Ferrando, and Clarence Frazer as Fiordigli’s suitor, Guglielmo. Tritchew and Taverner showcase otherworldly soprano vocals, shining especially in their respective solos and in their Act 1 duet, Ah guarda sorella. Tennekoon and Frazer’s equally impressive vocals are matched by the men’s comedic timing and pair beautifully with those of their female co-stars. As Ferrando and Guglielmo’s co-conspirators, Don Alfonso (Neil Craighead) and Despina (Caitlin Wood) round out the cast and entertain with their witty slyness. Wood in particular steals the show-her portrayal reminiscent of Shakespeare’s Puck, Despina dons different disguises and even enjoys a bowl of popcorn as the lovers banter.