Injuries and losses in the 2022 Elks season meant more time off the field for offensive lineman Justin Renfrow, giving him the opportunity to eat his way through the Edmonton food scene and put the spotlight on local businesses.

The 32-year-old Philadelphia native has been exploring Edmonton restaurants since moving to the city for football two years ago and has been impressed by what it has to offer.

In one video, he welcomes viewers to Woodshed Burgers at 124th Street and 107th Avenue. Inside, he cooks the restaurant’s signature burgers alongside the chef.

Renfrow then tries the food out on camera with defensive back Aaron Grymes and his family, enjoying every bite.

Food and football have gone hand in hand for Renfrow, a long-time player whose career includes being part of the 2014 Super Bowl champion Seattle Seahawks.

In a CFL season that left him with more time off the field, offensive lineman Justin Renfrow has been highlighting local restaurants with his YouTube series What’s Cooking JR? Through the series the Philadelphia native is finding a community outside of football.

He typically likes to check out local restaurants after working up an an appetite during games and training. Renfrow is also passionate about cooking when he’s off the football field.

The video series started up as an outlet for Renfrow as he dealt with the loss of his grandparents after the two died from COVID-19 and he considered walking away from football.

When he returned to Edmonton this June for the Elks season, he decided to reboot the series he had previously shot episodes for in Boston, Pittsburgh and New Orleans.

Renfrow figured it would be a good way to connect with Edmontonians and to spotlight some local restaurants to the wider online following he amassed with fellow football players, who guest on the show.

“People are trying to work their way out of COVID. People are slowly getting back out there and everybody doesn’t have a big advertisement,” he said.

“Some people are just here where they’ve been and putting out the same product that’s been good.” 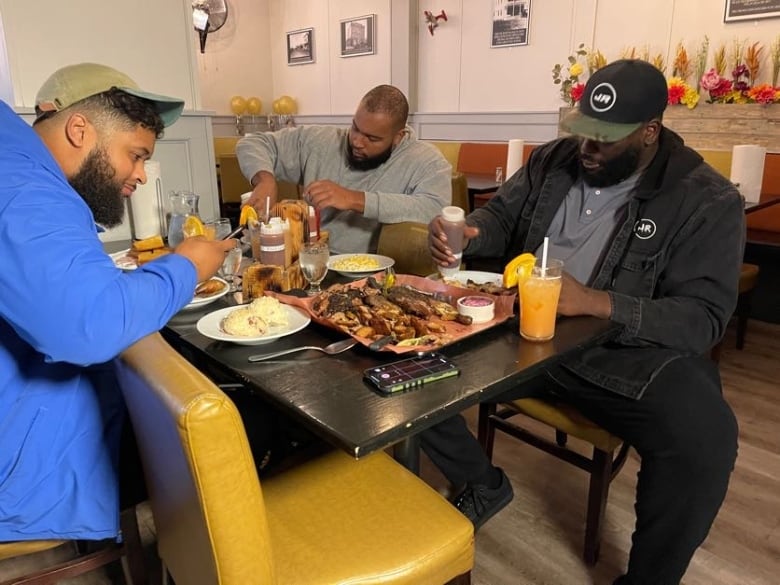 On Monday, Renfrow and his strength-conditioning coaches tried out Just Bite Me Meals in west Edmonton and shot a video of him putting together some food-prep meals.

It’s a welcome opportunity for business owner Dan Koren, who thinks it’s great timing to have Renfrow feature restaurants in the city.

“With the rising prices of everything, it’s definitely been tough,” Koren said. “So the exposure that he’s been helping us get has been great.”

As for Renfrow, he’s currently a free agent but plans to continue to train in Edmonton for the winter. He’s looking to shoot more episodes and meet as many Edmontonians as possible as his career sees him move to new cities so often.

“I’m getting the total package of a city for one of the first times in my life,” he said.

“I usually just get the sports and community service aspect. But [by] doing this, my guests are people of the city, so you’re just meeting all different types of people throughout Edmonton and Alberta and it’s a lot of fun.”