At a police facility in southside Edmonton are two vehicles riddled with bullet holes and a third that has been badly damaged by fire.

The wrecked automobiles are signs of the violent activity being conducted in Edmonton by organized crime groups and gangs, many of whom are moving into the city from outside the province, says the head of the Edmonton Police Service’s gang suppression unit.

Guns are increasingly a part of the conflict between organized crime and gang members operating in the city, said Staff Sgt. Eric Stewart, who also leads the firearms investigation unit.

His dual role reflects how closely the two units need to work together.

“We’re seeing an influx and an increase in firearms more with these groups because they feel they need to protect themselves when they’re out there,” Stewart said.

But organized crime groups are the major focus for investigators, he added.

Organized crime groups don’t follow the stereotypes often associated with gangs, Stewart said — they don’t wear a particular colour, for example, or have matching clothing or tattoos. They often form to commit a specific crime together.

When their activities are disrupted by violence — among themselves, other crime groups or law enforcement agencies — members disperse and join up with other groups.

Stewart said Edmonton has seen the arrival of several drug trafficking gangs that are known for conflict in BC’s Lower Mainland, such as Brothers Keepers and United Nations.

“With that activity becomes a rivalry between the two, which causes violence — and we’re seeing that increasing here,” he said.

As well, there’s a spinoff effect in which members of Edmonton’s criminal community are aligning themselves with the bigger out-of-town groups, contributing to increased violence.

Of the 41 homicides committed in 2021, 16 were deemed to be gang-related. 2022 has so far seen 24 declared homicides, of which four were related to gangs and three to drugs. Both years saw several deaths where police say it’s unknown if there was a gang or drug connection.

Statistics on shootings in recent years reveal two distinct themes: the victim is targeted and generally suffers some kind of injury.

“When a shooting happens in Edmonton, it’s being targeted. They’re going there for the purpose of shooting someone,” Stewart said.

Up until Oct. 16, there have been 127 shootings in Edmonton so far this year. Of those, 84 per cent are believed to have been targeted and 50 per cent resulted in injury.

The trend was similar in 2021. The year saw 150 shootings, of which 57 per cent of caused injury and 71 per cent were believed to be targeted.

2020 saw 158 shootings, 53 per cent of which resulted in injuries. The rate of targeted shootings wasn’t available for that year.

Statistics Canada data shows that between 2011 and 2021 the number of firearms offenses has steadily crept up in Alberta.

Calgary, for example, has seen a spike in shootings, with 112 recorded as of Oct. 13. Since 2017, the southern Alberta city has typically seen fewer than 100 shootings per year.

Not all gun violence is the work of criminal groups—Stewart said police believe there are more guns on the streets in general.

But he said police are concerned by what they see as an increase in “brazen, reckless careless” daytime shootings that put the public at risk.

The likelihood of bystanders being hit is rare but it has happened once or twice a year since 2020. 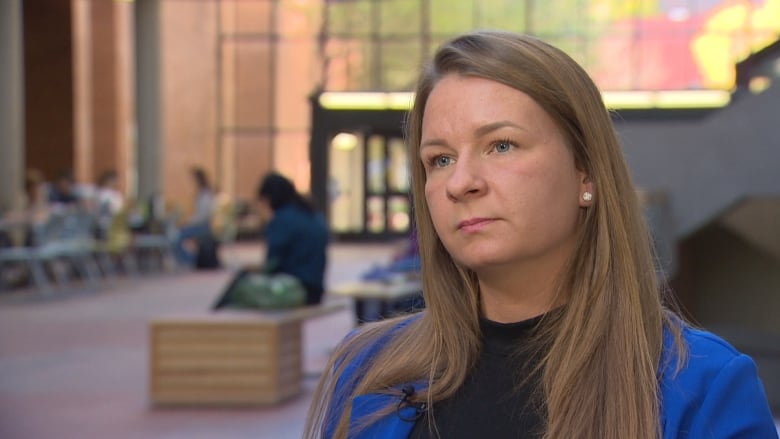 It can be troubling for citizens to hear about gang violence and shootings, but a University of Alberta criminologist says that people do not need to fear for their safety.

“We are seeing shifts in that, especially with some recent high-profile shootings that are occurring in more public spaces,” Marta-Marika Urbanik, an assistant professor with the U of A’s Center for Criminological Research told CBC News. “Nevertheless … we shouldn’t walk around every day and be fearful of gang violence.”

Still, she added, the increased interprovincial movement and activity poses a challenge for agencies like Edmonton’s police service.

After a decade of studying gangs in Alberta, Ontario, Manitoba and the Northwest Territories, Urbanik has seen an evolution in how gangs are structured and behave.

Colours, gang signs, matching clothing and tattoos aren’t as common anymore, in part because gang members have realized gang-specific symbols can be used to identify their affiliation in a court case, she said. There’s also less loyalty among gang members to an organization.

She agrees with Stewart that organized crime groups have a more sophisticated, serious edge to their activities than street gangs, but adds that many of those groups will try to refrain from violence to avoid attracting police attention.

Stewart says his eight-person gang unit does what it can to keep up with organized crime, often collaborating with other Edmonton police units as well as other policing agencies across Canada.

EPS has been expanding its firearms investigation unit, adding staff and resources to speed up gun processing and prosecutions.

“I think the one way to deter gun violence in the city is you need to hold people accountable, and that’s by charges and putting them through the courts,” Stewart said.

However, the successful prosecution of gun crimes can be complicated and time-consuming. It needs more resources and staff than the team currently has, Stewart said.

Urbanik doesn’t agree. More resources could help execute large-scale guns and gangs investigations but ultimately it’s not a problem that the community can police its way out of, she said.

She’d like to see an increased emphasis on keeping people out of the gang lifestyle in the first place, with diversion work through things like education, after-school programs, parenting classes and building relationships with religious communities.

“As Edmontonians, we have to consider where we want to invest our resources and our tax money,” she said.

“We know that preventing crime is much cheaper and much more beneficial to our society than responding to it through policing and burdening our justice system, which is both expensive and onerous.”