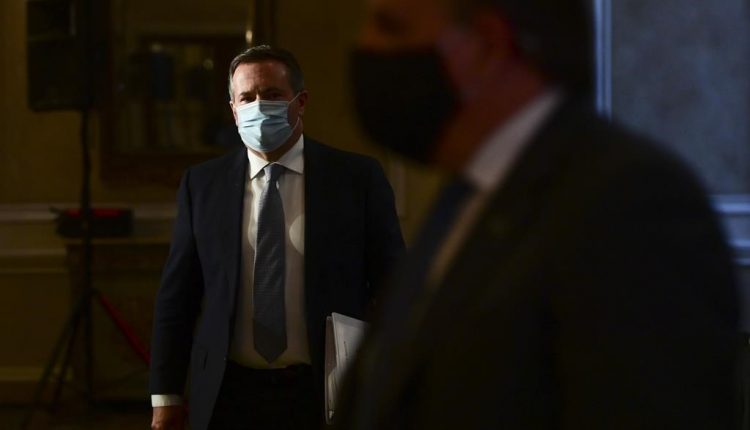 On Friday, police said a mother and daughter – both black, Muslim and wearing a headscarf – were approached by a man in a shopping mall parking lot.

He broke a window of the vehicle they were sitting in, grabbed her and threw her to the ground while yelling racist profanity.

Then on Tuesday, a Muslim woman was attacked by another woman at an Edmonton train station.

Both cases have led to charges and at least one is being treated as a hate crime.

Glad to see @edmontonpolice were able to investigate and prosecute quickly.

We hope that justice will be brought quickly to the victim of this crime in the course of the legal process. Https://t.co/q8lIsCMMYj https://t.co/Cwu51QOJWV

In a joint statement, Leela Sharon Aheer, Minister for Culture, Multiculturalism and the Status of Women, Kaycee Madu, Justice Minister and Attorney General, Rajan Sawhney, Minister for Community and Social Services and the Alberta Anti-Racism Advisory Board say Albert is hateful violence the province not tolerated.

“I want to be very clear: racism, religious intolerance, hatred and discrimination have no place in Alberta. There is no place for racists in Alberta, ”says Aheer.

“We must speak with a raised voice and collectively condemn these acts of violence and hate,” added Sawhney. “Racism, prejudice and intolerance have no place in Alberta. I stand on the side of women of all cultures and beliefs who have been marginalized because of their clothing and beliefs. Your security, your dignity, your individuality and your voice are important. We all have a role to play and it is our common duty as a society to ensure that our women, young people, children and seniors feel safe and belong. “

Order: Meals Vans Put together to Reopen as Restrictions Elevate in Edmonton