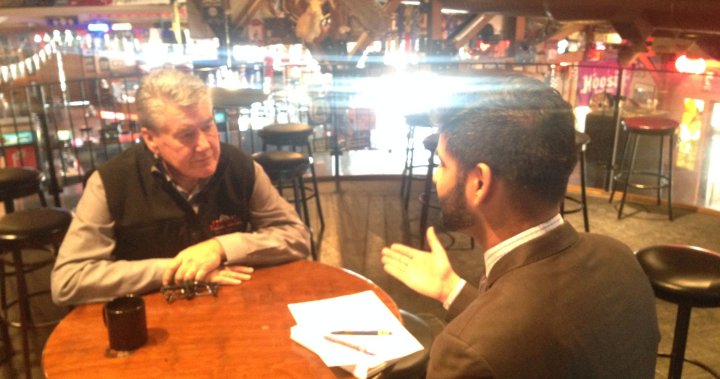 Albertans supply recommendation to PM upfront of Edmonton go to

EDMONTON – Located at the edge of the highway, in the heart of Nisku, Clarence Shields runs Blackjacks Roadhouse and Airways Country Inn.

“You get a sense of what is going on in the industry,” Shield explains as he talks about the impact low oil prices have had.

He tells of a story just told to him: “Three companies in the last month have come in and just handed in their keys because they just can’t make it work. There’s no business.”

“I think as a leader of the country you stand up and you say, ‘OK, I’m going to look at what’s going to be the best benefit for Canada,'” Shields says.

He wants to see the prime minister commit to expanding pipeline capacity.

“We will survive this drop in oil price if we’re able to get our product to market,” says Shields.

In Edmonton, a local employment center office sees a steady stream of people come through. One is Fogah Amegah.

“OK, like the saying goes, ‘You don’t put all your eggs in one basket,'” Amegah says, indicating he’s been looking for work since December. His advice for the prime minister is to help Alberta diversify in areas like forestry and agriculture.

“If we diversify our sources of income, whether the oil goes up or down, it’s not the only source of income for the province,” says Amegah.

Back in Nisku, Shields thinks about the future. Hey leans right. His father was a PC MP for northeast Alberta at one time. But he believes pragmatism, not ideology, is what will help all of Canada prosper.

“The success of this country is really dependent on our leaders and our leaders have to take a tough stand on certain things.”

Groundwork: Rising meals costs are consuming Edmonton family budgets. This is a take a look at why.