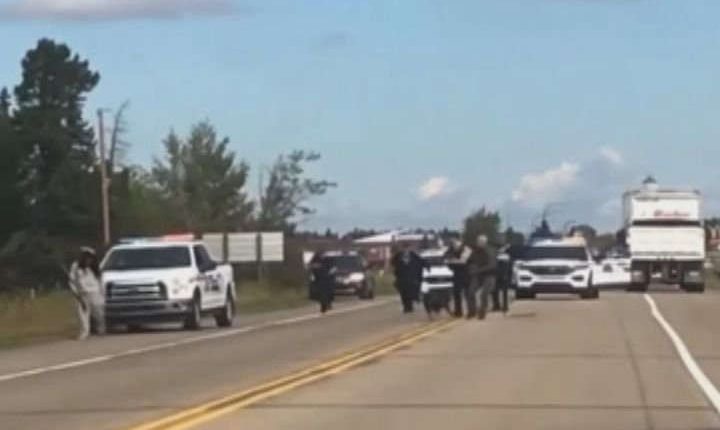 The Alberta Serious Incident Response Team will not investigate the arrest

RCMP used a police vehicle to knock down and arrest an armed man on a highway south of Edmonton.

Mounties was called to Highway 2A about 1.5 kilometers south of Wetaskiwin Friday morning after a man was seen on the side of the road with a gun. According to the RCMP, the 35-year-old man was arrested and taken to hospital with non-life-threatening injuries.

A video of the arrest shows the RCMP cruiser repeatedly beating the man from behind and knocking him down before Mounties and a police dog disarm him.

“Because the suspect did not obey verbal orders from the police to drop the firearm, a police vehicle was used to disarm the man for public and police security reasons,” said Chief Superintendent Darcy Fleury, who is responsible for Central Alberta officials responsible for the RCMP.

Wetaskiwin RCMP is investigating further and says the arrest has been reported to the Alberta Government Police Director.

Here is a video of the incident where Wetaskiwin RCMP overwhelmed the armed suspect with his vehicle. #yeg #yyc (Credit: FB / Rebel Tyrink Tatwos) pic.twitter.com/JqX4ZFe2ux