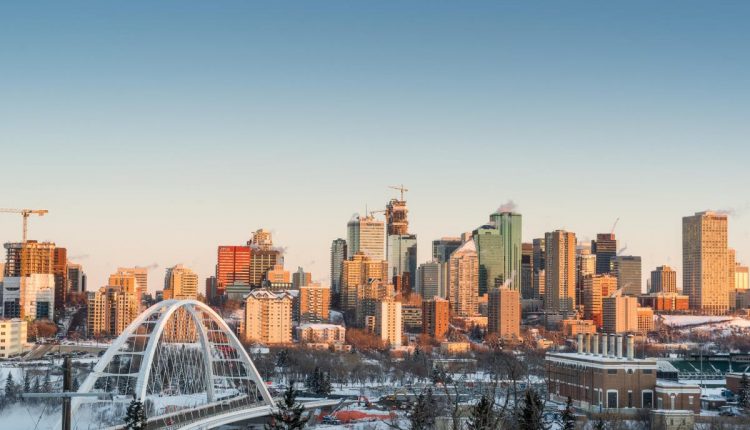 A Foodie Tour of Edmonton, Canada’s Most Thrilling Meals Metropolis | The impartial one

I’m at the Uccellino, a southern Italian restaurant in Edmonton, northwest Canada, where the food is as busy as the city.

It was not always like this. Just a few decades ago, the inner city of this oil and gas city was deserted at night and anonymous during the day. Poor city planning and West Edmonton Mall, North America’s largest mall, had sucked the life out of the city center.

In the late noughties, through enlightened measures to bring business, housing and culture back to the center, the city allowed the resident population to increase by 50 percent within a decade. The culmination of this downtown rejuvenation program was the construction of the glitzy Rogers Place Arena (which opened in 2016) and an up-and-coming sports and entertainment district called the ICE District, as well as the renovation and expansion of the city’s main library and major art venues.

Nowadays the city has a lot to offer. It has one of the youngest populations in Canada; an international fringe festival that has become the second largest fringe theater festival in the world after Edinburgh; 160 miles of hiking trails connecting 20 parks known as River Valley, the largest contiguous piece of urban parkland in North America; and a city center with restaurants, cocktail bars, cafes and farmers’ markets. Last year the Royal Alberta Museum, displaying 13,000 years of Albertan history, reopened in state-of-the-art facilities.

But the reason for traveling to the capital of Alberta is for the food, which is becoming more and more inventive and experimental. In 2017 Edmonton had three venues on the top 10 best new restaurants List from enRoute magazine, Canada’s answer to the Michelin Guide. That would be good for any city, but for a city of 960,000 people, which, according to local food blogger Phil Wilson, was “fertile ground for boring chain restaurant concepts,” it’s just excellent.

During my far too short stay in YEG (as the locals call it after the airport code) I am repeatedly stopped by food and drinks on my culinary trail. The fragrant roasted cauliflower and fish tacos with coconut salsa in modern Mexican Rostizado for example; or Belgian endive with pickled pear, pistachio crema and quince honey in Biera; the baked eggs with fennel rag and spiced cardamom crpes in Café Linnea; or sweet and sour pumpkin in the aforementioned elegant Italian Trattoria Uccellino (owned by Chef Daniel Costa who has two other Italian-themed restaurants in town – Corso 32 and Bar Bricco – which regularly receive rave reviews).

How did this prairie town become the setting for such a thriving and adventurous indie food scene under the radar? Canada’s immigration history explains some of its openness to different cuisines, but food writers to paper The Edmonton Journal Liane Faulder believes the increasing emphasis on local foods was crucial.

Edgar Gutierrez, chef and partner at Rostizado and the upscale Taqueria Tres Carnales, believes food trucks were important in opening up the people of Edmonton to new tastes and food cultures.

“I think a lot of chefs came back from their travels at a time when the economy was still pretty good and decided to start their own businesses,” he continues. Born in the Philippines, Gutierrez opened the Kanto Passion Project earlier this year to showcase his culinary heritage and make Filipino food accessible to more people. It’s a laid-back, colorful, and small spot in the city’s Chinatown, and the menu is short, sticky, high-calorie, and full of flavor: grilled meats, rice and spaghetti dishes, and bao rolls filled with marinated pork belly, curry, and fried cheddar Chicken or braised beef.

One of the most exciting chefs to come out of town lately is Christine Sandford, head chef at the Biera brewery and restaurant, which opened in 2017. “Sandford is leading a new generation of young chefs who have gone abroad to learn from the best, many in Michelin-starred restaurants in Europe,” says blogger Wilson. “The result is chefs who focus on taste and quality when designing dishes instead of just doing it.”

The kitchen at Biera, run by pioneering chef Christine Sandford

And at Biera, Sandford has certainly elevated pub grub to informal fine dining, bringing European flair and techniques to the prairie ingredients. She doesn’t like a fixed style of cooking, but wants to “teach the audience different things”. Many of the charcoal-cooked meat and fish dishes here are served with homemade jams, sauces and spices. But the real appeal is the importance of vegetables like broccoli and zucchini. I urge everyone not to fall in love with Sandford’s rich smoked potatoes, cooked in a caramelized whey sauce and served with crispy lovage and chives, or their grilled spinach served with black sesame seeds, hazelnut and homemade buttermilk cheese smoked.

On the way to the airport, I have time for one last brunch at the airy French-style Café Linnea, where chef Kelsey Johnson shows me around her kitchen and tells me about her slow food approach. “I’m a real pusher for locals and try to use the whole animal,” she says.

As she shows me around, she kneads the sourdough she will serve at dinner, stirs the buttermilk, which turns into crème fraîche, and talks about the half-acre garden north of town where she sells cabbage, cauliflower, beets, and peas and grow beans. There is a freshly slaughtered cow in her walk-in refrigerator and the shelves are full of ham, sausage, bacon and smoked pork loin from her own production.

On the flight home, I make a list of places I want to visit on my next visit. At the top of this list is the Asian-inspired Baijiu and its 16-seater Little Hong Kong bar (number 3 on Canada’s first list of Best New Bars), but also the much-raved newcomer Bündok, who made it onto the enRoute list. Top 10 restaurants in Canada made it last year and the restaurant by award-winning indigenous chef Shane Chartrand at the River Cree Resort and Casino.

With chefs so enterprising and approachable, I can’t wait to come back.

The five must-try restaurants in Edmonton

WestJet flies direct from Gatwick to Edmonton between June and September.

Metterra is a boutique hotel in a great location near the best bars and restaurants in town. Can be noisy on weekends so ask for a room at the back.

Fairmont Hotel MacDonald is a sprawling, historic castle above the scenic Saskatchewan River Valley with lovely old school service and a bar.