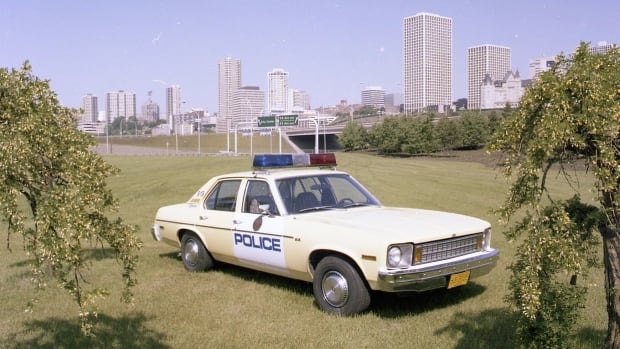 Edmonton Police Headquarters looks smaller from the outside.

But once you start exploring the inside, the size of the building and its rich 124 year history are breathtaking.

Officers pose with the Mounted Patrol Horse in 1908. (Supplied by Edmonton Police Service)

In 1892 the city of Edmonton was incorporated with 700 residents, with Matthew McCauley as first mayor. The Edmonton Police Department was created with a single constable to watch over the newly created city.

By 1908, after the Klondike years, police membership had increased and included horses named Tom, Dick and Harry. 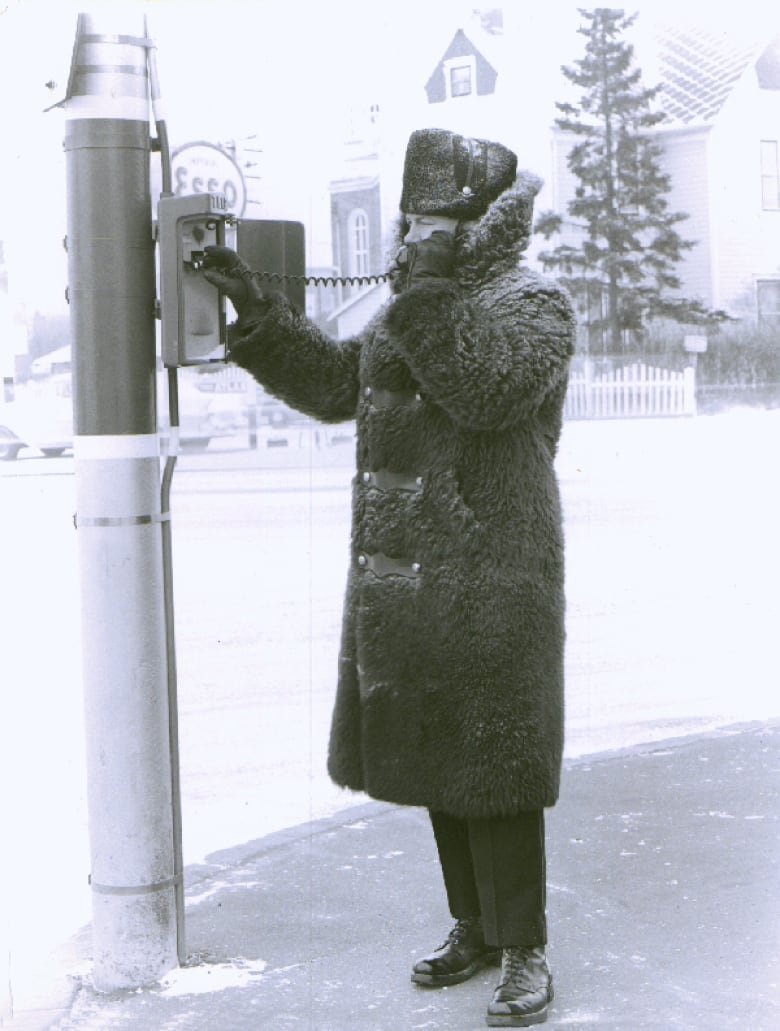 As Edmonton grew, so did the division. In 1912 it had about 60 members, including the first female officer, Annie Jackson.

Over the years the troop has evolved to meet the growing demands of the city. But it wasn’t until 1947 that an official course began. Previously, officers were sent on patrol with simple instructions. 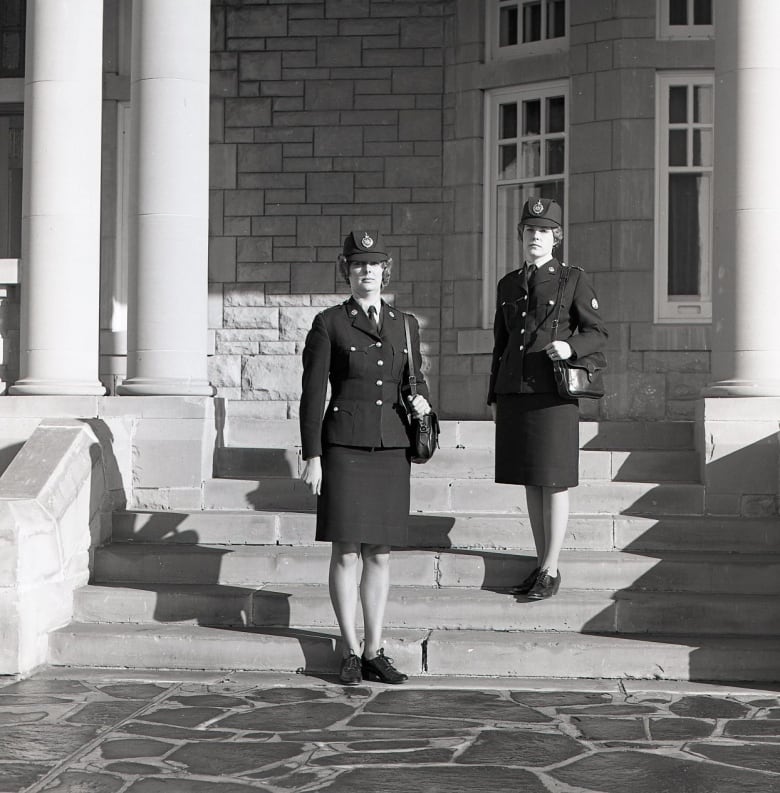 Before uniforms were standardized, policewomen wore purses with pockets for handcuffs and firearms. (Supplied by Edmonton Police Service)

For many years, female officers wore different uniforms. Some carried purses with special holsters for their firearms and handcuffs. 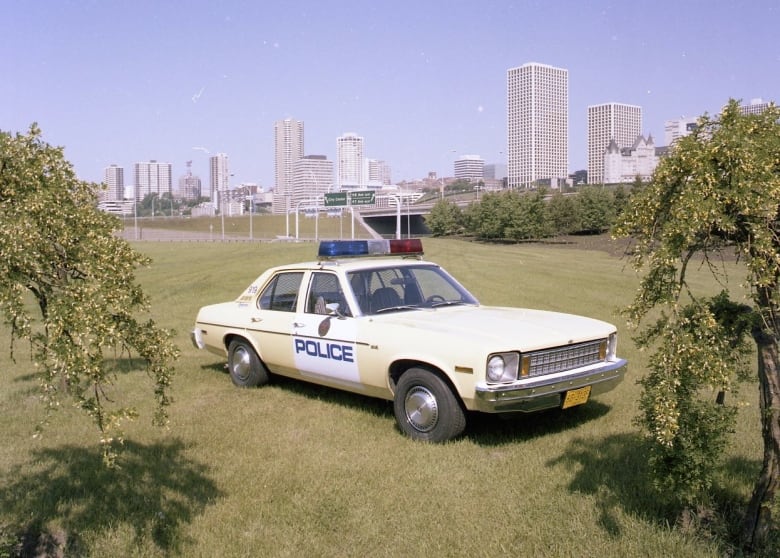 This 1977 Chevrolet Nova dates back to when Edmonton police vehicles were white and yellow. (Supplied by Edmonton Police Service)

The department’s fleet has also changed. It all started with a single Ford in 1911. The Edmonton Police Department was the first in 1919 to use an airplane in a criminal pursuit. Motorcycles and bomb transporters expanded the possibilities. Some Edmontoners will remember the yellow and white color scheme that has been used on police cars for more than 20 years. 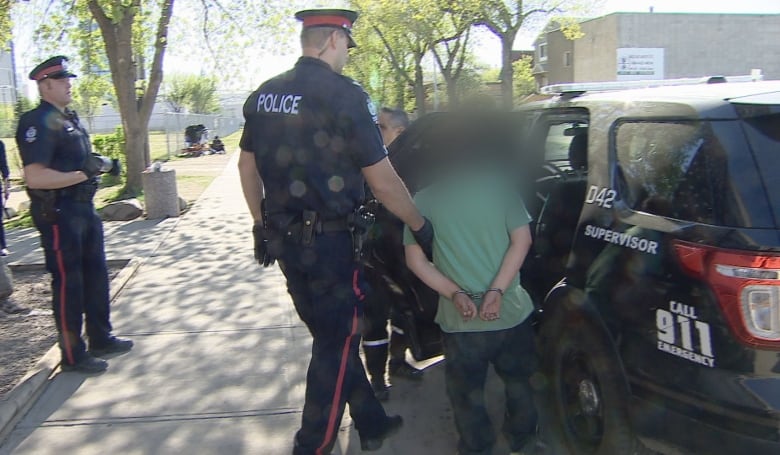 Downtown police officers detain someone during a routine patrol. (CBC)

The department moved to its new headquarters in 1982. The building includes an emergency call center, holding cells, a parking garage, a serious crime department and the downtown department. The name was changed to Edmonton Police Service in 1989. 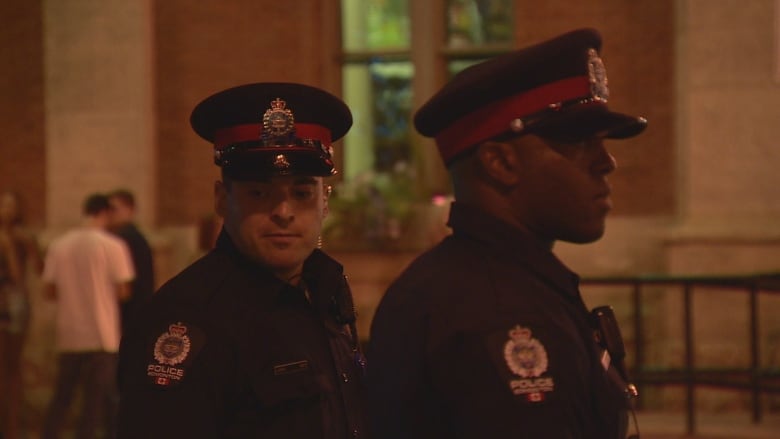 Officers on patrol in Edmonton. (CBC) 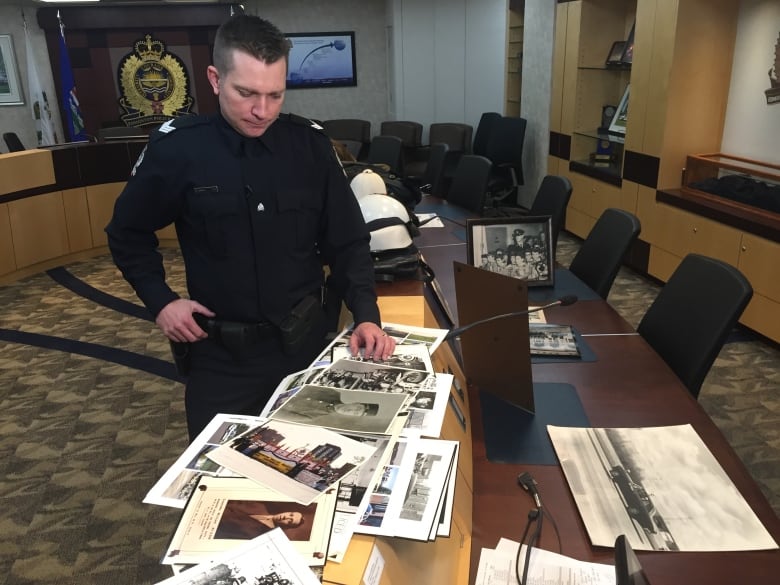 Sgt. Steve Sharpe shows off some of the photos and artifacts from the history of the Edmonton Police Service. (John Robertson / CBC) 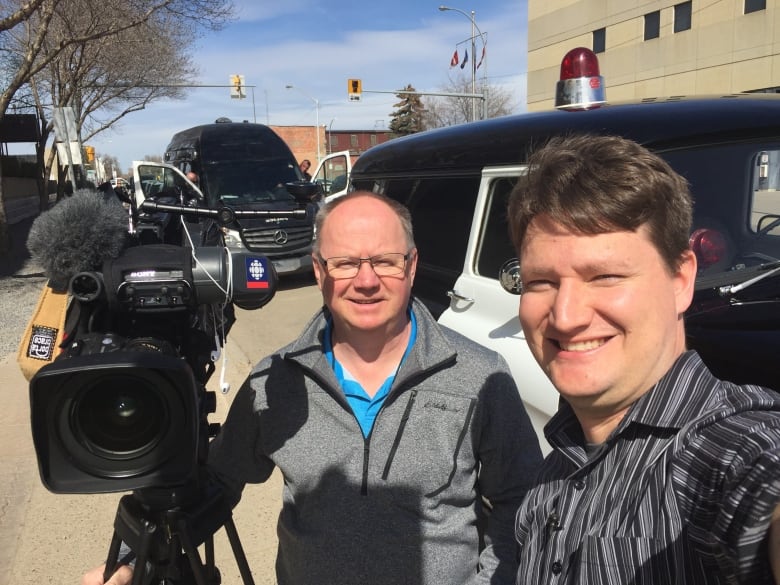 Where should Our visit Edmonton next? You can email us your suggestions at [email protected]