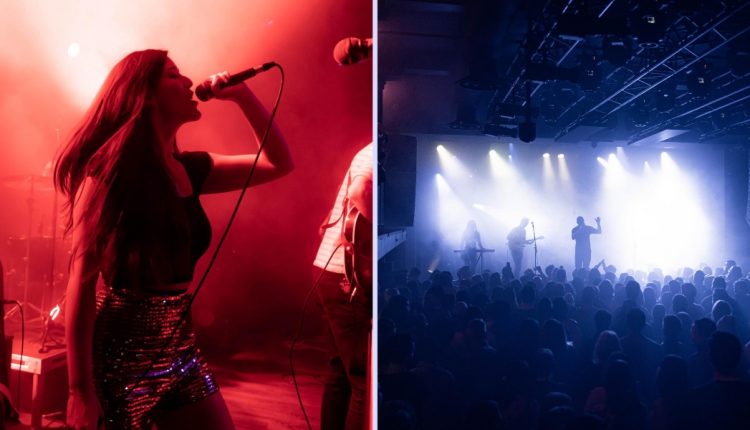 Well here we are, Edmonton- the start of spring kicks off this weekend! Does that mean that the weather will cooperate? Maybe, maybe not, but we don’t care. Instead, we’re focusing on all the fun that spring brings, and what the end of winter has to offer us.

Here are the 10 best things to do in Edmonton this weekend.

GABS AND THE MAMMOTH LIGHTS

This new exhibition in the city opens today! However, we think the best way to see it is at the upcoming Spring Equinox party at CO*LAB, which goes down on Saturday. That way, you can enjoy some beverages, hang out by the fire, and celebrate the arrival of spring!

It’s a far cry from a regular day at Fort Edmonton Park, that’s for sure. Over three hours, you’ll explore “the shadows of Edmonton’s River Valley”. And, that tour includes stops at three hotspots and a little education on conducting paranormal investigations.

JANE EYRE AT THE CITADEL THEATRE

A new show opens at The Citadel Theater this weekend! Enjoy a world premiere of a new take of the classic tale of Jane Eyre, which was written back in the 19th century and has proven itself as a timeless story.

Feeling a little fancy this weekend? You might want to go see this new production from the Edmonton Opera. the plot? Two sisters have pranks pulled on them by their fiances to prove their faithfulness. Not the most progressive angle, but hey, it was created by Mozart.

Said the Whale started out as surf rock but has dipped its toes into many genres over the years. Coming out of Vancouver, it’s the perfect kind of sound you’ll want to hear ahead of the start of spring.

German producer Claptone has made his mark in a few different house genres, which we have to admit is our favorite way to introduce people who ‘don’t like EDM’ to jumping around in a club for a few hours.

With the weather hopefully getting nicer, it could be time to head back to the zoo! Watching some animals lay around, play, and just vibe is weirdly therapeutic for us, and it’s fun for all ages.

On the flipside, this new animal exhibit from Canada’s largest exotic animal rescue organization has come to West Ed. Meet snakes, tortoises, ferrets, and of course, a sloth, with photo opps galore.

The AGA just got two new exhibitions to check out! Byron Samson (Mistikonâpêw) does incredible portraits of Indigenous leaders, while Maud Lewis is recognized as one of the most prominent folk artists in Canadian history.

When: Open throughout the week
Where: 2 Sir Winston Churchill Square
Cost: $14

As we head into the final stretch of regular season games, the competition to stay in a playoff spot gets even fiercer! Help the Oilers keep their position by cheering them on against the Buffalo Sabers and the New Jersey Devils this weekend.

That’s what we’ve got in mind this weekend, Edmonton!

10 in style restaurant ideas we want would come to Edmonton